Make good choices
Teague
Below are some rad shots from Austin Woody, Nick Murphy, and Will Taggart. ENJOI

When the leaves turn, temperatures drop, and ski bums appear, its a sure sign that winter is right around the corner. For most people this means its time to dust off the skis, grow a beard, and prepare for powder. However, a select group of elites called "kayakers" understand natures signs and work double shifts to try and fund a ticket south. For me, this ticket was with World Class Academy. After a great quarter in British Columbia, I was more than stoked to go to Costa Rica in search of quality whitewater, unique experiences, spanish immersion, and potential girlfriends. World Class is notorious for pumping out talented young paddlers, but few people realize the bonds that form in between rivers, in crouded campsites, and around youtube videos on laptops. For me these bonds were obvious when the crew met up in PDX. For reasons unknown, the airport women was less than excited when we arrived with 8 kayaks, 16 bags, and 5 teenage boys. Two red eye flights later we arrived in beautiful San Jose with the whole crew, 8 students, 4 teachers, and a common love of kayaking. On the drive to Turrialba, the reality of the situation set in, we were going to be in Costa Rica for two months, paddling everyday, speaking spanish, and living the dream. All in all, the group moral was at an all time high. Our first night in Turrialba was a preview of what was to come, AMAZING food, cozy cabins, beds, and showers. This goes to show that even the gypsy life can be luxurious at times. During classes the next morning my mind was buzzing at the idea of paddling that afternoon. It had been 8 days since i last kayaked, thats a very UNHEALTHY amount. First river we did was the Lower Pacuare, a 16k stretch riddeled with fun class 3-4 rapids. This river went through a really deep, jungle book like canyon and was a great way to start of the trip. Next up was the Upper Upper pacuare, an even more quality run with countless boofs that were pretty exilerating at times seeing as we all brought playboats, mostly cuz its what all the cool kids are doing right meow. We soon realized that water levels in Costa rica change faster than styles in hollywood, and this became a major limiting factor in our kayaking schedual. However, the high flows played to our advantage on stretches of the reventezon river. My favorite of which was the Pascua section. With an unnusually small group consisting of Ben Kinsella, Ben Mckenzie, Andrew Morehouse, and myself we put on this run with very respectable flows and found ourselves in the midst of PERFECT class 4-5 big water, my favorite genre of paddling. It was literally one huge rapid from the put in to take out and smiles were glued to our faces. Holes the size of king kong were common sights around every corner. A few rapids stuck in my mind, one of which was described as " Check to see if right chanell is runnable, left chanell recomended. Major hazards: Giant hydrolics and polution." Who listens to guide books? We blue angeled the right chanell and soon found ourselves balls deep in a maelstrom of giant pourovers and house sized waves. We had to bust right, HARD, the whole rapid. Literally flirting with holes scarier than my first middle school dance. I was super glad to have my Special K skirt and a good astral Green Jacket on this run, seriously. If your gonna run big water, get a bomber Immersion Research skirt and a super floaty PFD by Astral. Luckily clean lines were had and we all realized the amazingness of the run we were on. The only things i could compare it to is the North Fork Payette, or a shakira music video. The rapids on this run really make me realize why i love kayaking, and why the bonds between kayakers are so strong. Theres nothing i love more in the world than floating down a beautiful river with good friends, whether that river is class 1 or class 5, the feeling is always that of pure joy. WCA is special, no where else do your teachers transform into best friends and paddling companions. No where else do you get to follow your teachers down epic bigwater in the middle of the jungle. That was a memorable day to say the least, on of the best of my life. After another low water descent of the pascua, a day of coffee farming, and lots of boofs we thought the levels were right for the fabled Upper Pacuare. As we checked flows at the put in, we decided it was running on the " high side of medium", but after the first rapid we realized it was in fact very high. A portage fest ensued, it took us roughly 2 hours to move 700 yards. Savage portages with big rapids mixed in between left us at exausted at the takeout 8 hours later. The only thing missing was our shuttle driver, and all of our food, gear, and clothes. Luckily, we celebrated holloween like tue champs, with a good ol nutrigrain bar and a pouch of bumble bee tuna! Sometimes you have to work hard for the good times, and the crew you are with is key! Teamwork, determination, and fun rapids are the only things that kept our mission/epic from becoming a tragedy. Yet another memorable day for me, learned lots about expidition kayaking, jungles, spiders, and how to ration a bag of tuna to 7 growin boys. All in all, our stay in turrialba was amazing. We ran so many quality rivers i couldnt fit them all in one blog post. Special thanks to all the sponsors, teachers, locals, and random homies for putting up with all us gringos and making my stay memorable. We are now off to Sarapiqui, the land of poisenous things and waterfalls.

cheers,
Teague
Here are a few shots from Turrialba

WHOAAAAA first post on the new blog, big day. It took me about 5 days to set it up in spanish thanks to the Costa Rican internet. Anyways, this fall I was Fortunate enough to travel and paddle in British Columbia with World Class Academy. It turned out to be some of the best months of my life, running tons of great rivers and ending with a memorable week at skookumchuck. We started out with a week long stay in Lytonn, then traveled to Whistler, and then on to Skook. Ran some of the most quality runs out there and surfed the worlds raddest wave. In Costa rica at the moment with WCA, living the gypsy lifestyle and kayaking every day. Stay tuned for more posts and visit worldclassacademy.com for more WCA updates.
cheers,
teague

Other MUST SEE websites

Teague Manley
My name is Teague Manley and I am a 16 year old from Jackson Wyoming. Since my first experience kayaking, it has been all i think and dream about, developing into the basis of my life. I try to spend as much time as possible on the river with close friends, always trying to progress and learn new skills. Whether it be class 2 or class 5, as long as im in a kayak im the happiest kid in the world. I am currently traveling and schoolin with World Class Academy, lovin life. 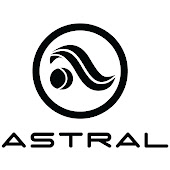